Good news for homeowners in Harvey, as average home prices went up to $138,586 in 2016. That’s an increase of 6.7% over 2015 prices. While price increases on the East Bank are slowing or flattening out, Harvey’s market is still showing improvement. 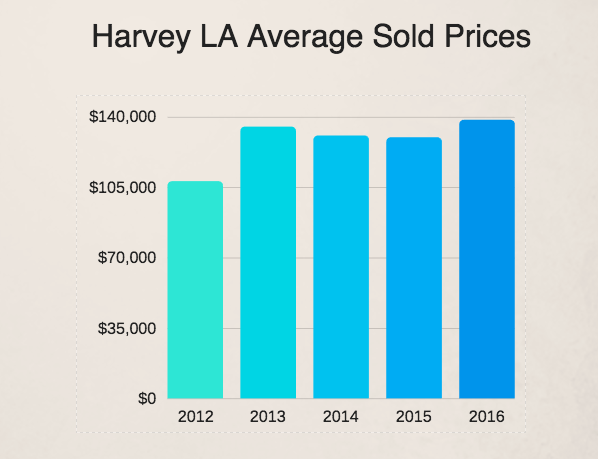 Prices may have been up, but the number of sales was almost flat – ending 2016 at 390 units sold vs. 379 sold in 2015. What’s encouraging is that sales volume has increased each of the last 5 years. Provided interest rates don’t rise by much, we expect to see the same trend in 2017. 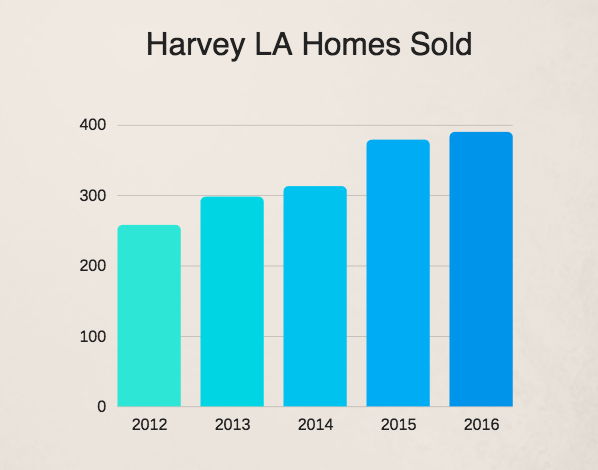 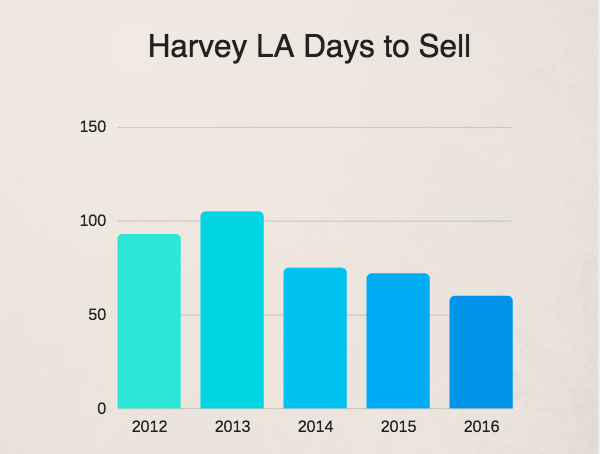 Even though inventory climbed in the 4th quarter of 2015, it’s still a sellers market in Harvey. On average, in 2016, there was a 4 month supply of homes for sale in Harvey.

The 3 most popular neighborhoods in 2016 were Woodmere, Woodland West, and Stonebridge.