During the same period, the average days to sell has dropped from 82 to 73.

SEE ALL GRETNA HOMES FOR SALE 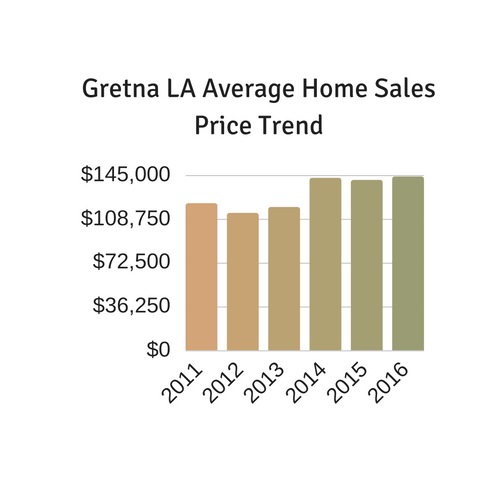 In 2015, there were an average of 10.3 homes sold per month. In 2016, that number has dropped to 9.4 per month. Since prices are holding steady, it may be a sign of a bit of softening in the demand for homes in Gretna. 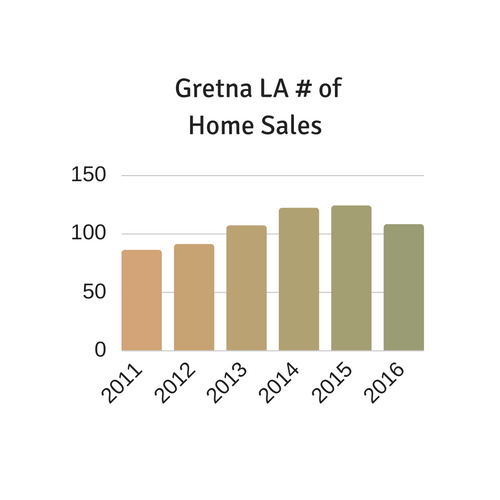 The inventory of homes for sale in Gretna has fluctuated up and down during 2016. November appears to be a blip on the radar, as most months saw an average of 5.75 months of inventory, which is an overall seller market.

That doesn’t mean that sellers can be too aggressive in their pricing, however, since prices are holding steady, not increasing at a rapid pace.

The river side of Gretna was firmly in a sellers market (3-4 months of inventory) up until October of this year. We anticipate that it will return there again in the new year. 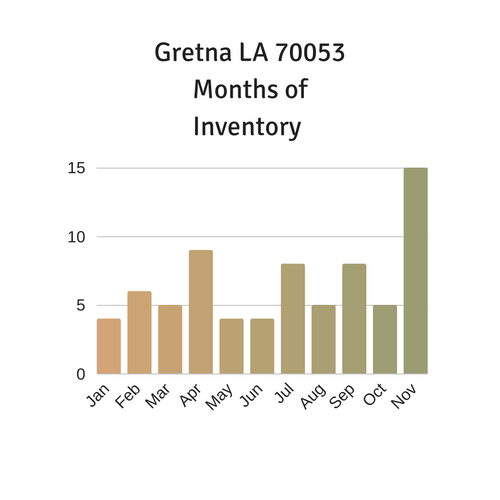