The rankings have changed some since we looked at the most popular New Orleans neighborhoods in October.

The lowest priced New Orleans home sold in October was 2519 Memorial Park Drive in Algiers. In fair condition, it went for just $34,500. 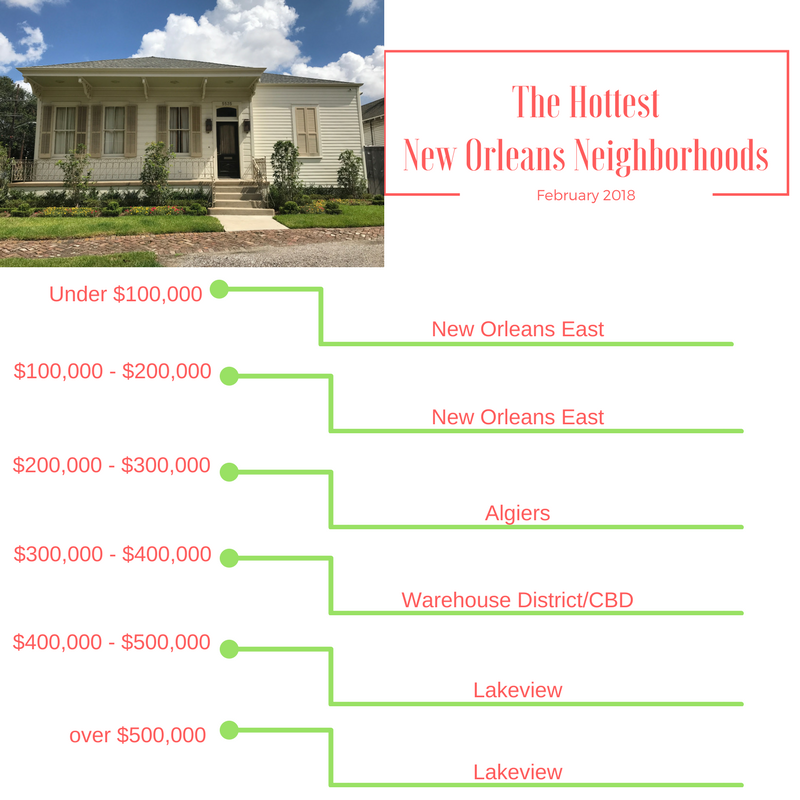 Lakeview held the $400,000-$500,000 title, with 4 of the 27 sales in this bracket. However, the general Uptown market, stretching from the Lower Garden District to Audubon and spread across several neighborhoods, is the clear area of preference for buyers in this price range when you look at the map.

In the luxury market (over $500,000) most sales were in Lakeview. Throw in the Navarre neighborhood and you’ll find a big cluster from City Park Avenue up to the lake. But the Uptown areas below St. Charles Avenue are holding strong, with sales near Audubon Park doing well.