The popularity of New Orleans hot neighborhoods is ever shifting, and in April, a big chunk of the market shifted to the West Bank.

Algiers was the most popular New Orleans neighborhood, in the most affordable price ranges, for the month of April 2017. I was a bit surprised at the numbers, because the West Bank isn’t always the first choice of many New Orleans home buyers. Perhaps they are figuring out that Algiers is much closer to both uptown and downtown than other suburban neighborhoods. Or maybe they discovered that it’s possible to find a big house, with a big yard, and off street parking, without paying an arm and a leg for it. And if they clocked their commute to the CBD from the West Bank? It’s not the horror story that West Bankers can’t seem to overcome – with an average 15-20 minute drive from Algiers to downtown, it’s no wonder that home buyers are starting to explore the options.

As we moved up in price points, Lakeview and Uptown were the clear winners. This is a shift from March, when the University neighborhood held the luxury spot for over $500,000 home sales. 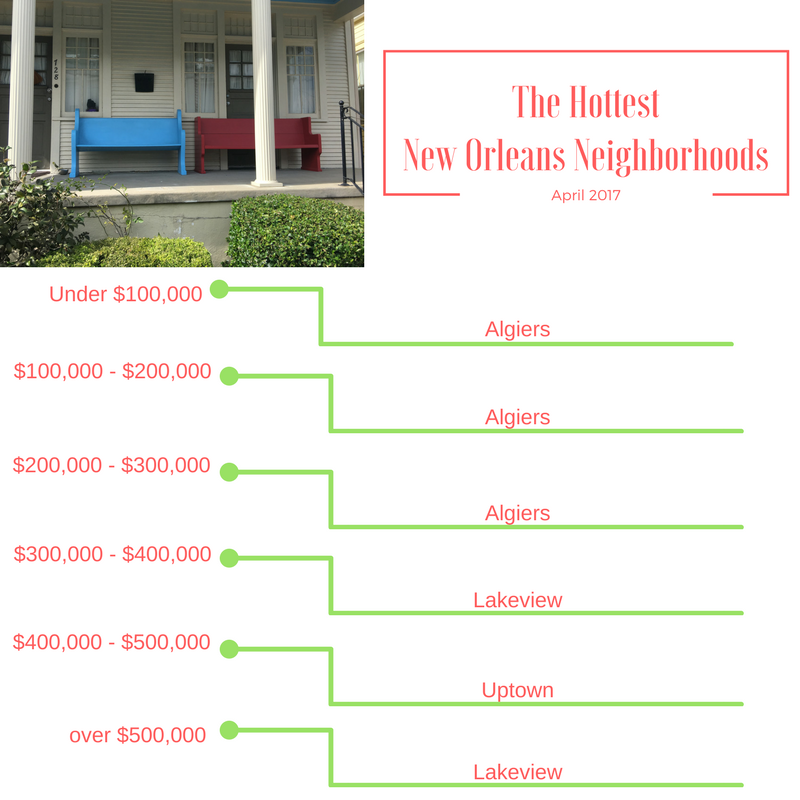